EHEH! See What Davido Did To His First Baby Mama After She Gave 1 Million Naira

In something that comes as a piece of developing news, it seems another love romance is about to spring up between Davido and his first baby mama. 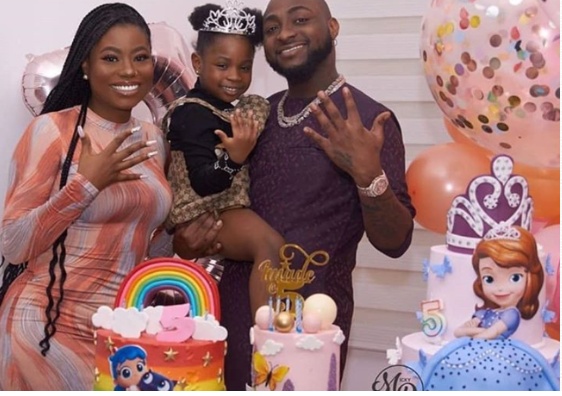 This is coming days after Sophia Momodu surprised Davido by participating in the crowdfunding of the one million Naira challenge for his birthday.

However, it seems that Davido appears ready to reignite the romance between him and Sophia Momodu, as it has always been speculated that the singer would one day settle for his first babymama.

A check on Davido’s page on the list of people he’s following shows he is now following Sophia Momomdu, but she is yet to return the favour. 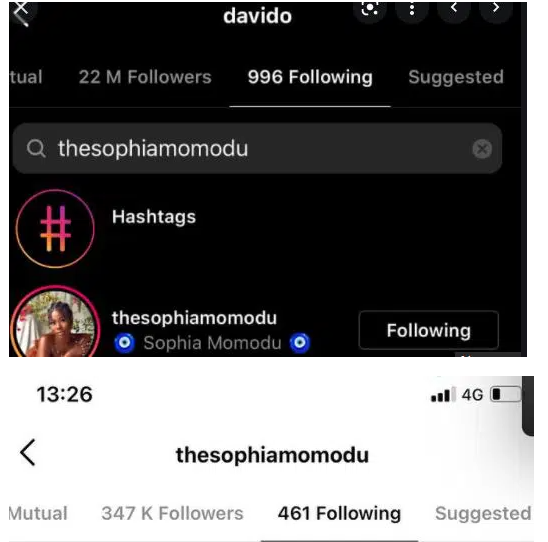 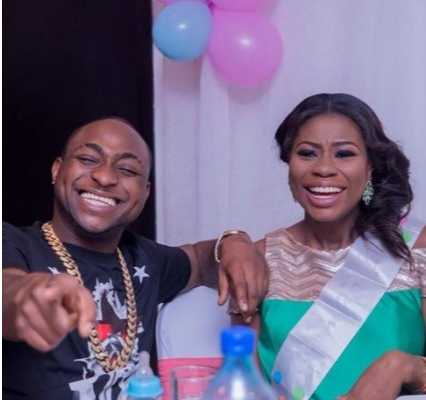 controversial Nigerian Journalist Kemi Olunloyo tackled Sophia Momodu, over what she did to a supermarket attendant in Lagos.

Sophia Momodu had taken to her Instagram page to lament about the invasion of her daughter’s privacy by taking her photos.

Reacting, Kemi Olunloyo, in a post shared on her Instagram page, said it was unnecessary for Sophia to call out the supermarket attendance and to touch her does not in any way reduce her worth or value as she’s still a baby mama.

Kemi averred that Imade is a public figure and happens to be Davido’s daughter, so taking pictures with her for free is no big deal.

Davido has taken to social media to share rare photos of his late mother Veronica Adeleke as he celebrates her posthumous birthday. 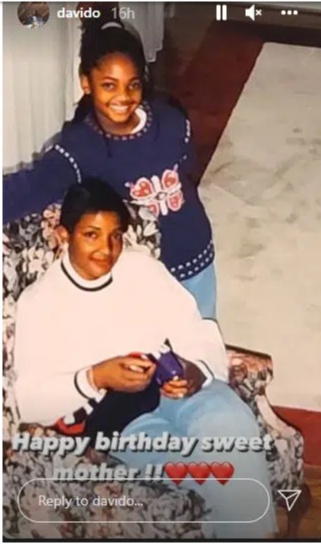 This comes a few days after Davido celebrated his 29th birthday in Dubai and donated the money generated from his crowdfunding to charity across Nigeria.

Even in her demise, Davido wished her mother a happy birthday while describing her as a sweet mother, accompanied by multiple love emojis.

He revealed that the sum of N250m would be given to different charity organizations across Nigeria.

“My goal is to do this fundraising every year to celebrate my birthday and give back to people in need. It is my hope that my friends, fans and colleagues in the industry and the public will continue to support me as I drive this cause,” part of his official statement reads.

It would be recalled that Davido took to his Twitter page on Wednesday where he shared his account details and asked his rich friends as well as teeming fans to fund the account.

In less than an hour after tweeting, he received over N50M.

As of Friday, Davido had raked in over N180M from fans. The move made the music star number one trending topic worldwide on Twitter. 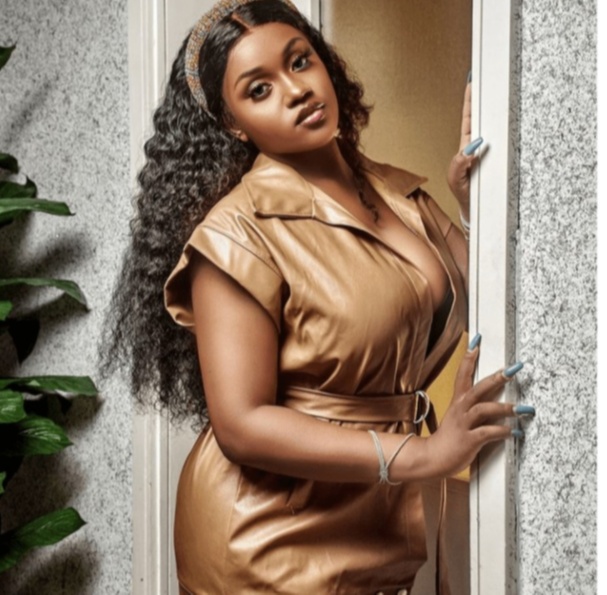 Chef Chioma Avril Rowland former fiancee of Davido sparked reactions with her birthday message to him.

Recall the former lovebirds have been separated for several months over reports of infidelity, and Chioma deleted all photos of Davido and her on Instagram.

As several encomium and prayers continue to pour in for Davido on his birthday, Chioma took to her Instagram story to share a photo of

The post generated reactions online as netizens claimed it was payback for Davido after celebrating her with a similar birthday message calling her ‘Mama Ifeanyi’.

saxkate1 wrote: she know get choice….. She is in a country where if she does otherwise, the law will not back her and she might lose her baby and the change she is getting from davido

miss__ake wrote: Because they are no longer together doesn’t make them enemies

Did Davido Have An Affair With Nengi 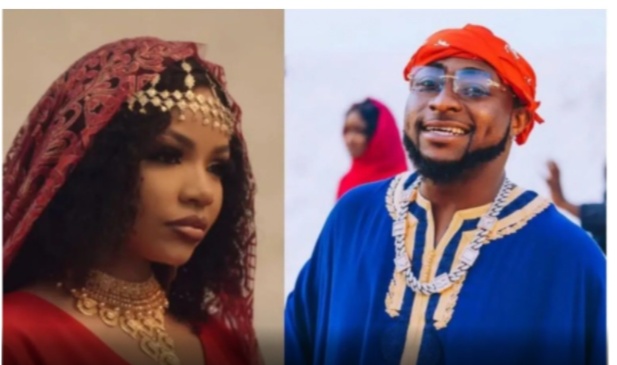 According to some reports that made rounds online, alleged that former Big Brother Naija Housemate Nengi Rebecca Hampson is with Nigerian singer Davido in Dubai for his birthday.

The report, which is making the rounds on social media and first shared by Instagram blogger Xoxocorner, alleged that Davido disrespected Nengi on Thursday after having fun at the club.

According to the report, Davido, while leaving the club, picked about five girls and took them to the hotel room he’s sharing with Nengi and looked her outside.

The source also revealed that all effort to get another room for Nengi was in vain, and she was later taken to another hotel by some members of Davido’s crew.

The report added that the issue generated a fight, and the management set Davido and his crew out of the hotel, and Davido was never remorseful about the incident.

The post reads: Hello… I have gist for you, Nengi is in Dubai with Davido but that’s not even the problem, the main issh is that Nengi has lost her respect, everybody knows she’s with Davido but if you see how Davido disrespected her on Thursday, they all went to club, after club, Davido picked about 5 white girls, brought them back to their hotel where him and Nengi are staying together and locked Nengi out, all effort to get her another room was in vain until one of his boys now took her to another hotel.

When she came back in the morning, Davido didn’t even feel any remorse and the next day, due to the fight the owner mgt asked all of them to leave, she still followed Davido to his room instead of asking for her own room, even all Davido boys disrespected her as well.

This report making the rounds online generated mixed reactions online as some netizens claimed that the news on Nengi dating Davido is not new.

ikeegod wrote: Nengi has always been davido smally right from Adam… We the gods know.. it was nengi that made chioma Waka…… Cos our felt disrespect that aquired china bumbum will used to displace her… Our too come go turkey come back with aquired Azuka nwanne nneka…. The story long….

naijaebay_ wrote: Na wa o. And I thought she had class

vanessa_kanma wrote: The person who doesn’t have shame and respect here is davido

READ ALSO: AGAIN! See What Israel DMW Did To Davido And Crew In Dubai