Senator Goje dismisses N-Power, says the programme has not had any impact on Nigerians

- The social investment programme of the federal government also known as N-Power, has been described as a flaw

- This was the position of the former governor of Gombe state, Senator Danjuma Goje

Senator Danjuma Goje has dismissed the social investment programme of the federal government tagged - N-Power, as a failure.

In a series of tweets by the senator seen by eagleee.com on Friday, April 6, Goje said many people are complaining that they have not seen impact of the programme considering the magnitude of funds involved. 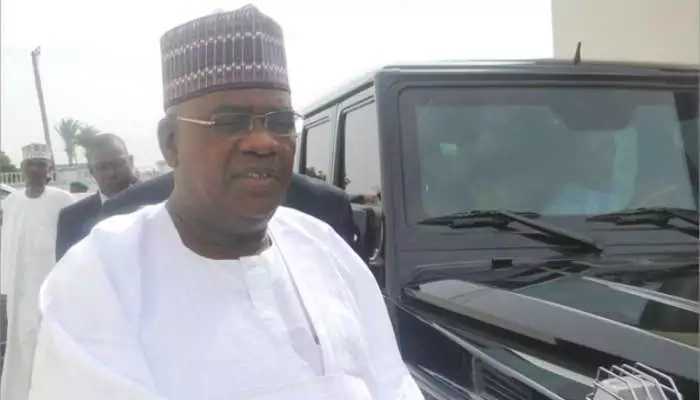 Senator Goje is the chairman of the Senate's appropriation committee. Photo source: Twitter

His words: “I am from Gombe, I represent Gombe Central. I am yet to see one single boy who came to tell me that he has benefited from his N500 billion.

“Many other Nigerians are saying the same thing. N500 billion for 36 states is about N13 billion. If we spend N13 billion in one year in Gombe state, there is no way I would not have known, other people will also know.

“If you spend N500 billion in one year in Nigeria, Nigerians will know. No single All Progressive Congress (APC) person from Gombe state has benefited from this school feeding programme.

“No single person from Gombe state has benefited from the N-power. We don't know about it. As far as many of us are concerned, we are completely dissatisfied with what this government is doing.”

In a related development, the senator representing Kaduna Central District in the National Assembly, Shehu Sani has reacted to President Muhammadu Buhari's approval of $1 billion (N360 billion) for procurement of security equipment to fight insecurity in the country.

In a post made on his social media pages, the senator condemned the action of the government, stressing that “a weapon cannot fight a war without the men to use it.”

The APC senator canvassed for more focus on the welfare of the soldiers involved in the operations, instead of buying arms.