On June 28, 2019, the Nigerian social media was rent with the news of popular singer, Timi Dakolo’s wife, Busola, speaking up about her alleged past with the Commonwealth of Zion Assembly (COZA) pastor, Biodun Fatoyinbo.

In an exclusive interview with Y Naija, the celebrity photographer accused Pastor Biodun Fatoyinbo of molesting her when she was a teenager. 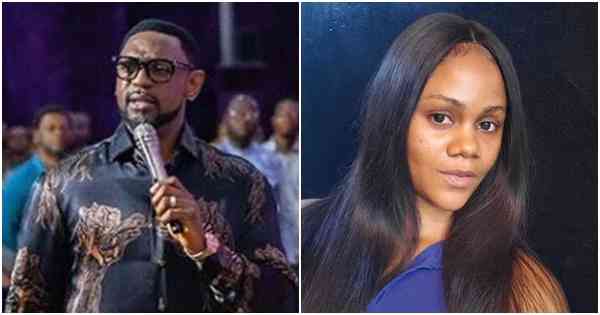 Busola explained that she used to live in Ilorin with her family and she had gone home for the holiday when her sisters told her about a new gathering that was like an Hip-Hop church called the Divine Delight Club where young people gathered to worship God. Her sisters had convinced her to attend the gathering even though she had reservations about their style of worship.

Busola revealed that she had met Pastor Biodun Fatoyinbo after she attended the club. She had introduced herself as a first timer at the gathering and after the pastor preached, he approached her and commended her boldness. They struck a conversation and he asked if she could do something at the next church meeting before she returned to school. Busola replied that she could sing and that was how he said he would help her rehearse.

Busola explained that she had gotten close to Pastor Biodun and he became like a mentor and a father figure whom she trusted. She revealed that he came to her house in Ilorin one Sunday morning when she was alone with one of her sisters. Her mother had travelled with her junior sister. Busola explained that their house was a big duplex whereby someone upstairs would not know what is going on in other parts of the house. Explaining the ordeal with Pastor Biodun, she claimed that he came to the house that Monday morning, knocked on the door and said he was the one. When she opened the door, she claimed the pastor did not utter a word but just pushed her to one of the chairs around.

“Immediately I opened the door, he just pushed me. He didn’t say anything. He didn’t utter any word. He just pushed me to one of the chairs in the living room and I saw him removing his belt. I was like what…? , he said keep quiet, do what I want you to do and you’ll be fine”, Busola said.

She further explained that when she tried to react, he covered her mouth and had his way. She even added that he tried to force his way several times that blood even dropped on the floor. 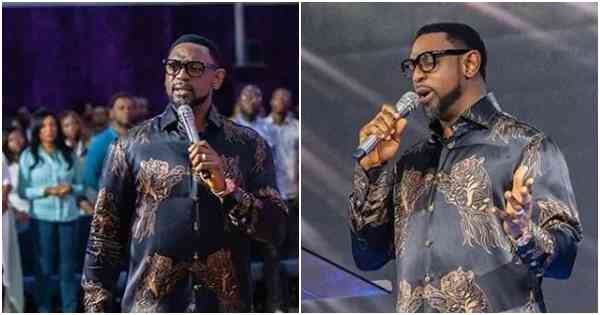 After the pastor had allegedly carried out his intention, Busola explained that he left and came back with an already opened bottle of Crest, a soft drink, and made her drink it. She then explained that Pastor Biodun told her she should be happy a man of God did what he did to her.

“You should be happy I’m the one that did this to you”, Busola recounted.

4.The next church service

Busola claimed that after everything had happened and the pastor left, she cleaned up the blood, and had her bath several times that day. She also recounted that she was scared to tell her sisters due to the fact that the pastor used to preach about his past as a cult member. Despite the terrible ordeal, she explained that she still attended the church service the following Sunday with her sisters because they were workers and she had not told them what happened to her out of fear for her family's safety. According to her, Pastor Biodun’s topic for that Sunday service was God’s grace as he kept explaining that the grace of God covers all sins no matter what a person has done.

5. After the church service

Busola recounted that after the service, one of the protocols came to her and explained that Pastor Modele, Biodun’s wife, had requested for her help to take care of their newborn daughter. Obviously surprised, Busola said she turned to her sister and asked why the pastor’s wife would ask for her help and her sister allayed her fears saying it was normal for church members to go and help the pastor at home occasionally. Just as she was still discussing with her sister, she said Pastor Biodun came and said he would come and pick her to the house soon.

Busola explained that the pastor tried all he could to make her sleep alone in the guest room but she refused and she insisted on sleeping in their master’s bedroom with his wife and their baby. The next day when she was cleaning, she claimed that pastor Biodun smacked her backside and told her nobody refuses him. When it was time for her to go home, the pastor reportedly told his wife he was going out and said he would drop Busola at home. Busola claimed she tried to insist on going by herself but the pastor refused. The lady explained as they were driving to her house, the pastor took a detour and drove to an isolated place on the road where he molested her the second time. She explained that while he was driving to the secluded spot, he kept on muttering angrily about how she thwarted his plans the night before and how he owns her. Busola claimed the pastor dragged her out of the passenger side and dragged her to the bonnet of the car where he abused her the second time.

7. How Busola came out to her siblings

Busola explained that after the second ordeal, she was no longer active in the church’s choir and she avoided being alone with the pastor. She also explained that Biodun seemed worried and kept asking about why she was no longer as available in church. Thankfully for Busola, one of her sisters wanted to travel to Lagos and she begged to follow her. She explained that one night her sister told her about a dream she had some time ago. In the dream, the sister had seen Busola crying with blood on the floor and Pastor Biodun with her. Busola tried to deny to her sister that anything had happened till she burst out crying and confessing to her. Her sister made sure they returned to Ilorin and told her other siblings. She also explained that her brother was so angry that he took a pocket knife, grabbed her and took her to the pastor’s house where he vowed to kill him for hurting his sister. Busola explained that once the pastor saw Busola approaching with her brother, he rushed out to meet them and started pleading that it was the fault of the devil. The pastor had reportedly made sure they returned to their house where he pacified her along with two other pastors as they claimed his cultism past was affecting him.

At the time of this report, the pastor is yet to react to the damning allegations.