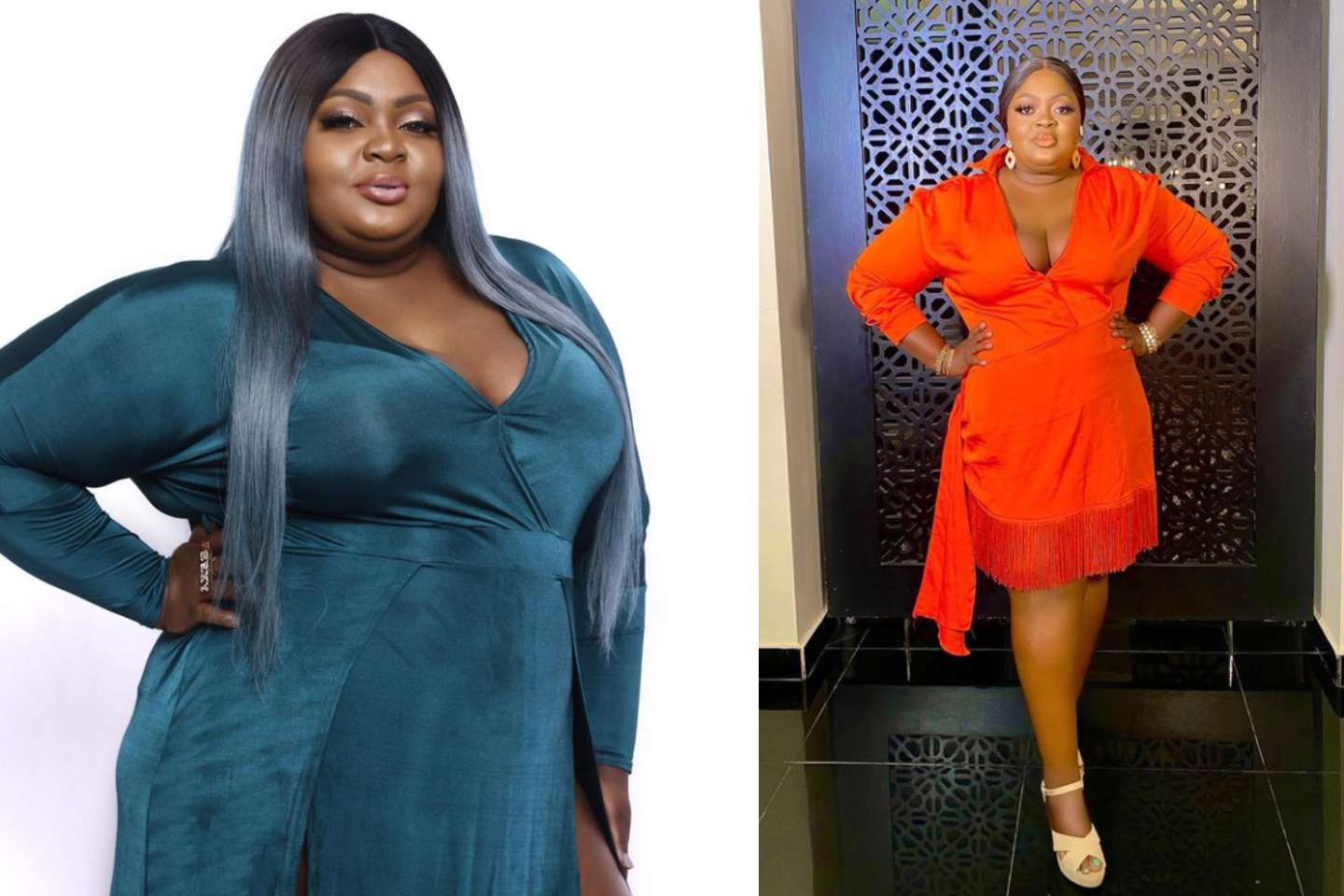 Before and after photo. . .

Having to answer to people about yourself and everything that concerns you must be tiring. People who are in the limelight are practically at the mercy of the public to be scrutinized whether they like it or not.

Most of the fans and followers feel entitled, that the celebrities owe it to them to always be forthcoming with their lives.

But that is not true, they have the right to live a private life and put out whatever they feel like.

For instance, in this article, it' s all about the new look of Nollywood actress Eniola Badmus. The debate is on, whether she got her body done or not. Especially after she dropped another hot photos some hours again. People can' t get enough of her while many feel like she went under the knife.

Eniola Badmus is a very talented and versatile Nollywood actress. A Yoruba by tribe from the notable town of Ijebu Ode in Ogun State Nigeria. She is a graduate of one of the oldest Universities in Nigeria. University of Ibadan where she studied Theatre Art for her first degree. 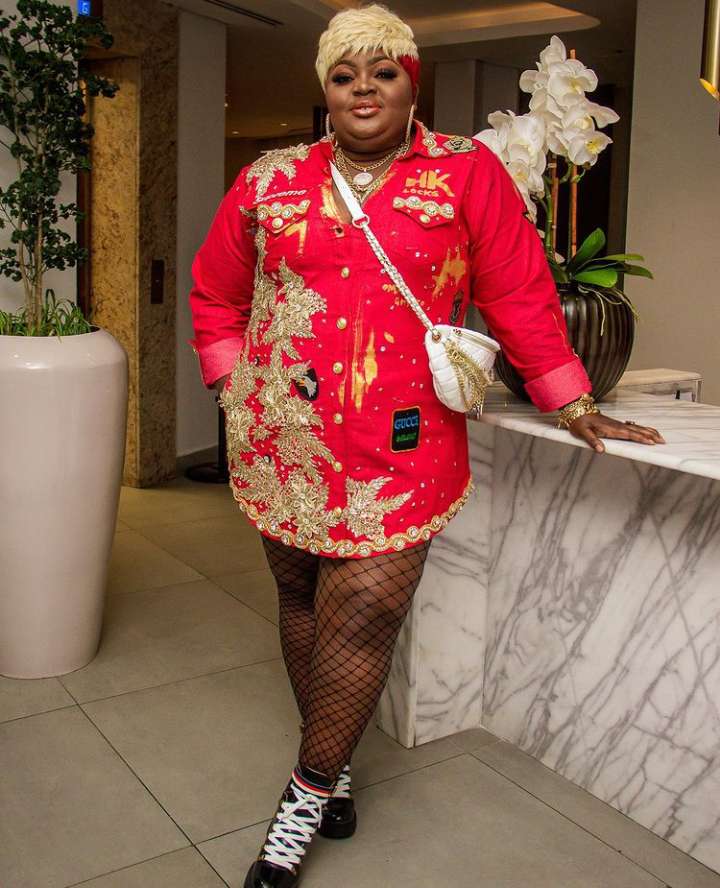 The comic and bubbly actress then went ahead to Lagos state university for Master' s degree in Economics. She joined the movie industry in 2000. Eniola worked her way through the industry to get to where she is now.

She is notable for acting comic roles which sometimes are centered on her body weight. At some point, people became worried that she will be stereotyped for such roles if care is not taken. One of her big break movies is, Omo Ghetto among others. 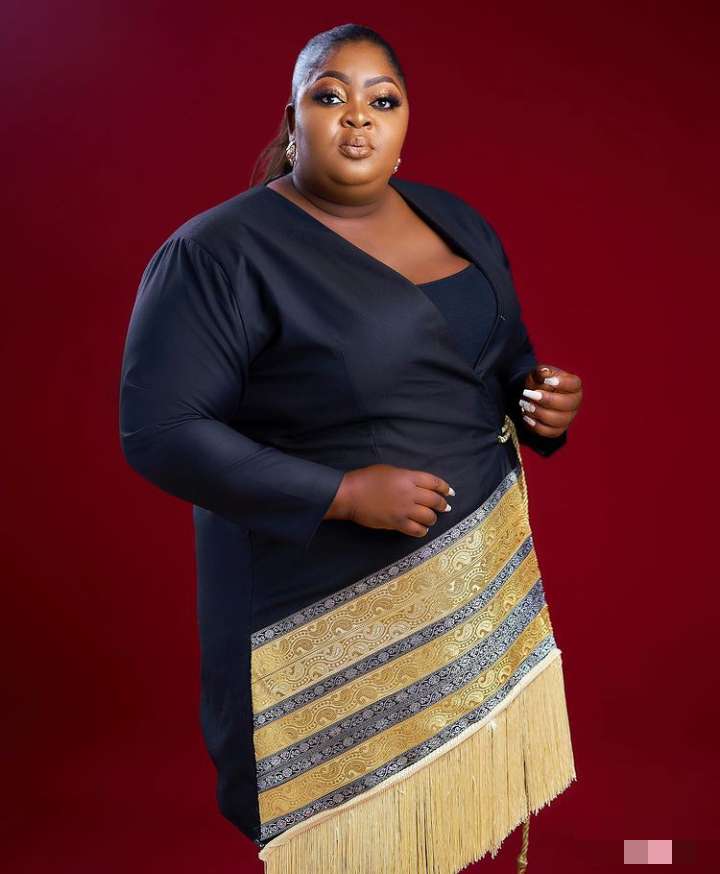 Eniola got award for the aforementioned movie, for Best Actress (Yoruba) at African Viewers Choice Award. The big and bold actress is very good at what she does and she is well sought after for any fitting role. She has hundreds of movies to her credit and numerous awards.

Some time in 2020, the actress started showing pictures and videos of herself in the gym or street exercising. She also got an endorsement deals from slim tea and waist trainer brands. All these she was showing to the world as her alleged weight loss journey. 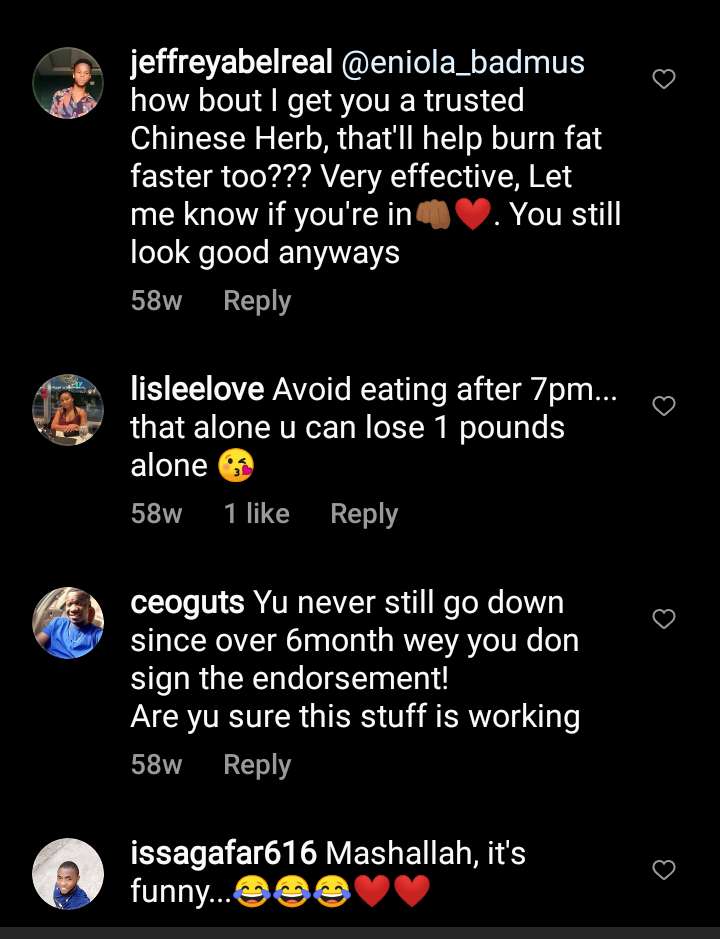 At some point, some of her fans told her that there is no result for all that she is doing for a while back then.

They started advising her about eating late, some recommended other products since what she is using and doing isn' t working for her.

Fast Forward To Some Weeks Back, Eniola Shocked Everyone With Her Total Transformation!

You know when you follow someone closely on social media. It will seem as though that you know the person well enough. Especially the celebrities who virtually live on social media. People like Eniola post multiple times daily, so you get to see her everyday and what she looks like. 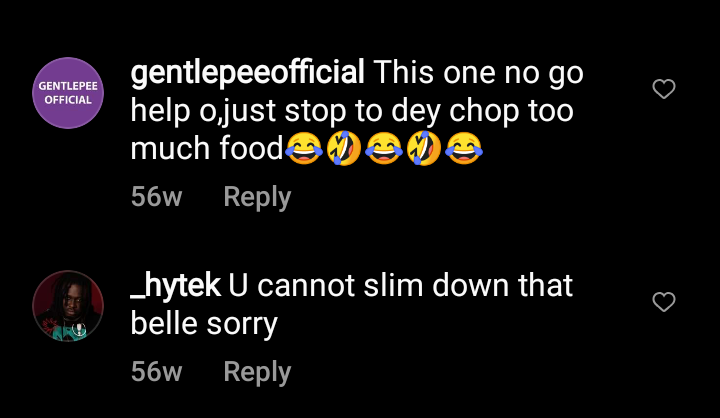 Spot the date in the screenshots? 56 and 58 weeks ago.

That was when people were complaining about lack of result.

Imagine dropping a bombshell (in the form of a hot photo of her looking all trimmed and reduced in size) on her fans, followers and colleagues. According to her caption, it took her hard work, determination and consistency to achieve her new body.

What this mean is, the process she started showing the world from 2020 was her way of vindicating herself for a time like this. But remember, throughout the process, there was no visible result(s) and people said as such to her screenshots above). That is why this new look of hers is being questioned. 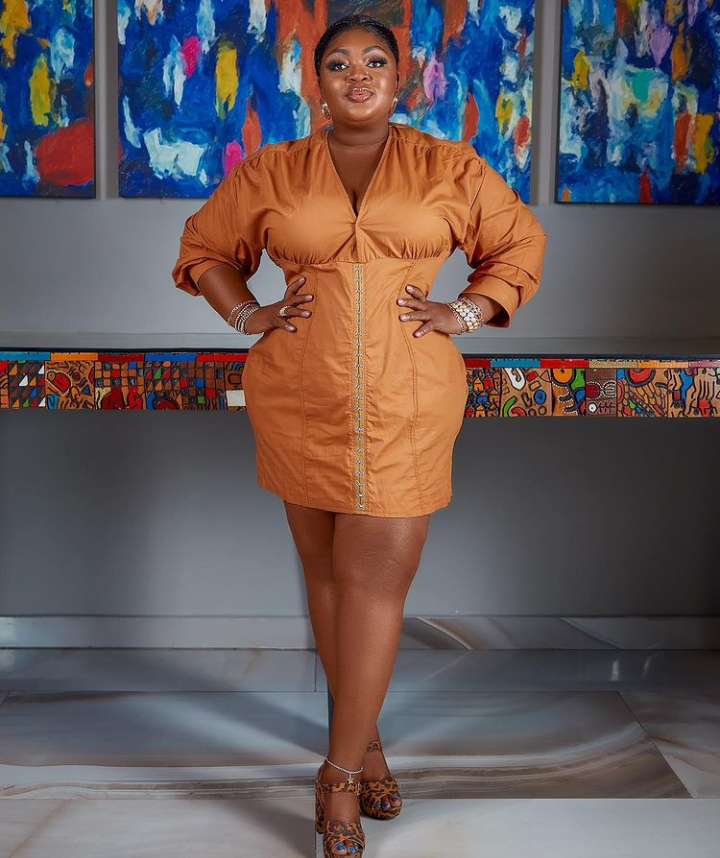 Did She Do It For Her Upcoming 20 Years Anniversary In The Movie Industry?

If you follow Eniola on social media, there has been so much hype about her forthcoming 20 years anniversary celebration which according to her is going to be loud. The actress kept saying it is going to be big and massive, something out of this world.

Ever since she announced the anniversary, friends and colleagues has been sending her money for support. Millions of naira has been received by Eniola from her colleagues and industry friends.

Now the speculation has been on for a while now since she dropped the pictures of her trimmed body. 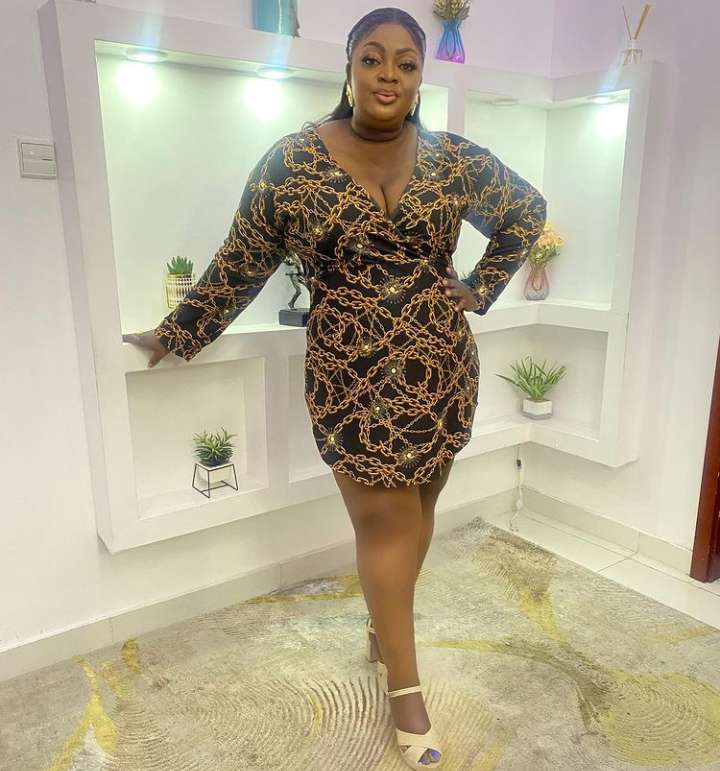 People think she went under the knife in order to look spectacular on her big day. Eniola is a show off, she likes to brag and show herself any chance she gets. Bloggers known for digging deep have all dropped their beliefs as well that she went under the knife and claim it was her hard work (exercising, dieting and cutting out bad eating habits. Who to believe? 🤔

The Photos She Dropped Today Is Causing Lots Of Reactions.

Still in anticipation of her 20 years anniversary as an actress in the movie industry, Eniola has been dropping photos and captions. Some of her captions are also centered around what people are saying about her weight loss and her thick skin being in the limelight. 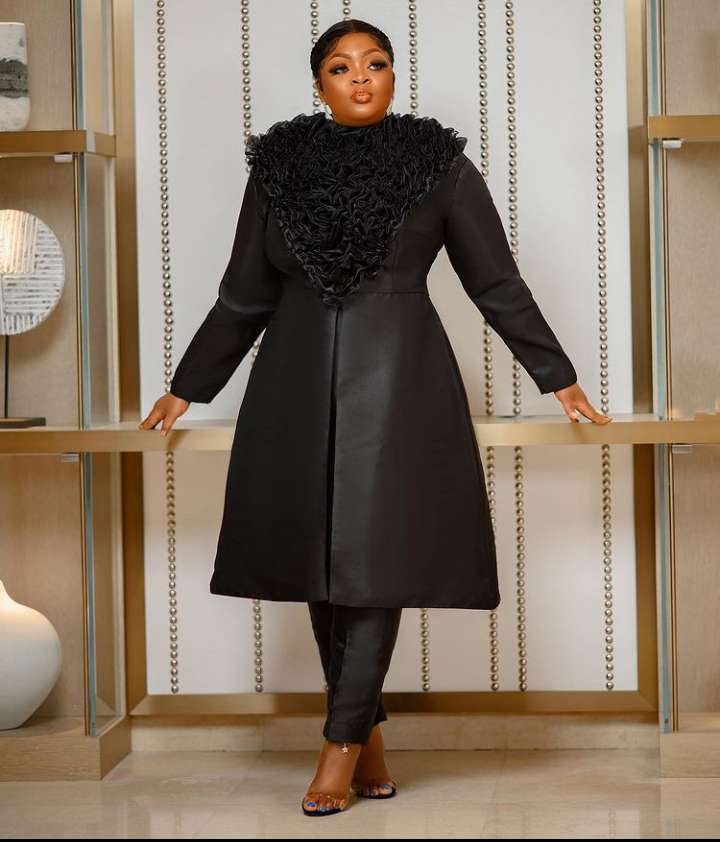 When she dropped the latest picture (above), her caption says:

Our struggles in life develop our strengths. Without struggles, we never grow and never get stronger, so it' s important for us to tackle challenges on our own, and not be relying on help from others.

So Much To Say! 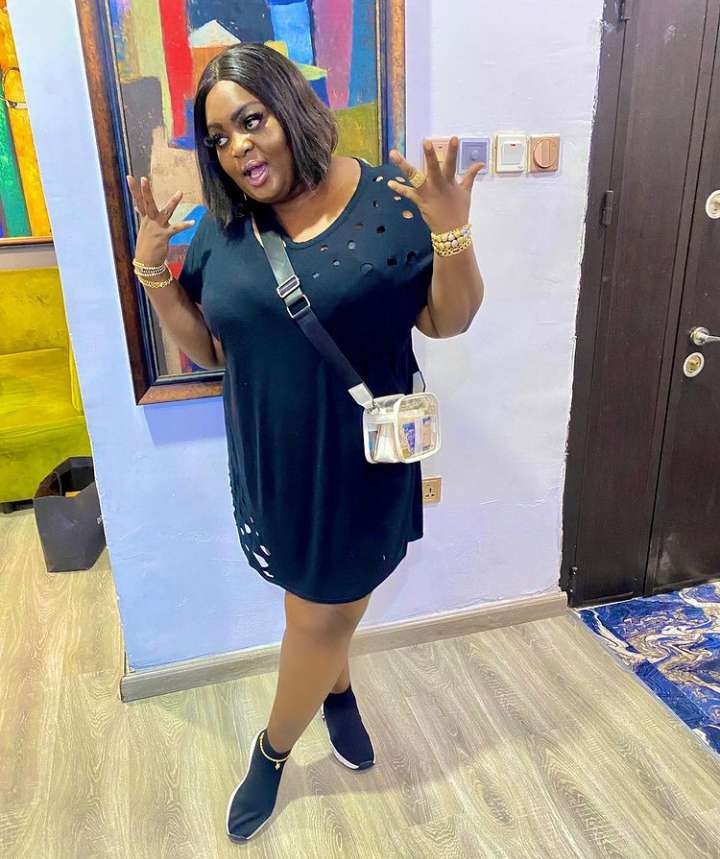 The reactions from fans and followers as seen under the post.

" @lingeriebytemmy: Omo if Badosky can get to this size and be this cute what are you waiting for? ? ? " 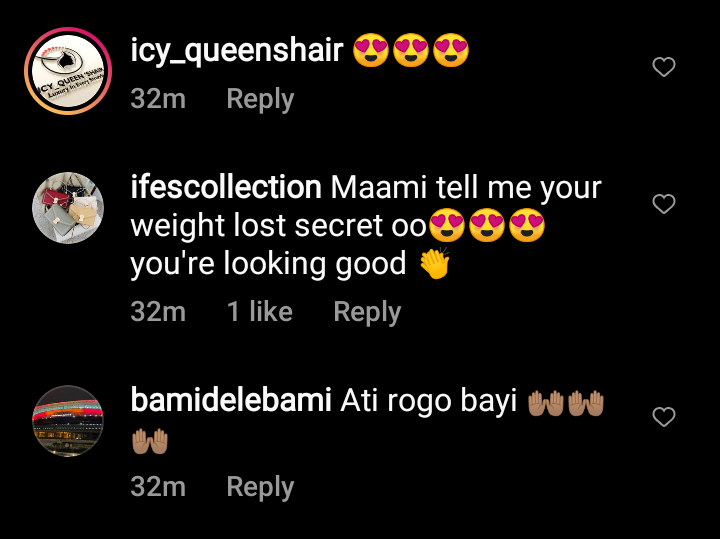 " @luscious_crochets: Thanks for the motivation Ma' am I' m so in love with your new shape. I love how you are before but this is more intoxicating! "

" @_barbiepandora: If dis is how surgery looks like I' m definitely getting one done. "

" @ifescollection: Maami tell me your weight lost secret oo 😍 you' re looking good. "

" @jommy_choo: Wow Glad to see you Gorgeous Wow nothing is impossible. . . . Loving your new look. " 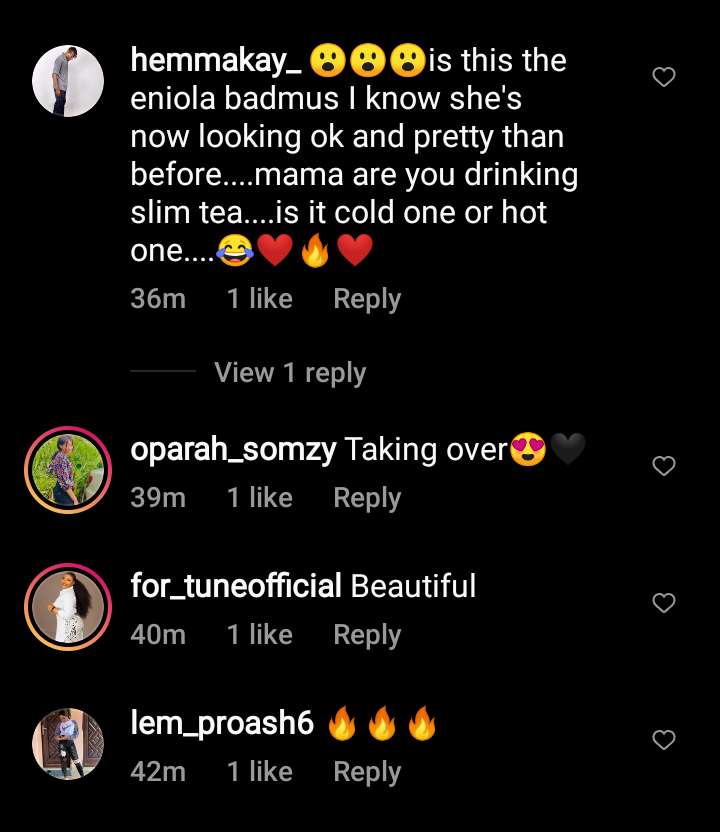 The change is definitely obvious and you can' t blame those saying it' s surgery. During the time she started exercising, there was never any visible difference. People said it' s a cover up for when she eventually reveal her new body. It has happened!

These days, celebrities and public figures go under the knife and own it! If Eniola choose to keep hers a secret, that' s her choice. What is your take on the change though?