"You Look Better As A Man, Stop Dressing Like A Woman" Cross Dresser Get Dragged 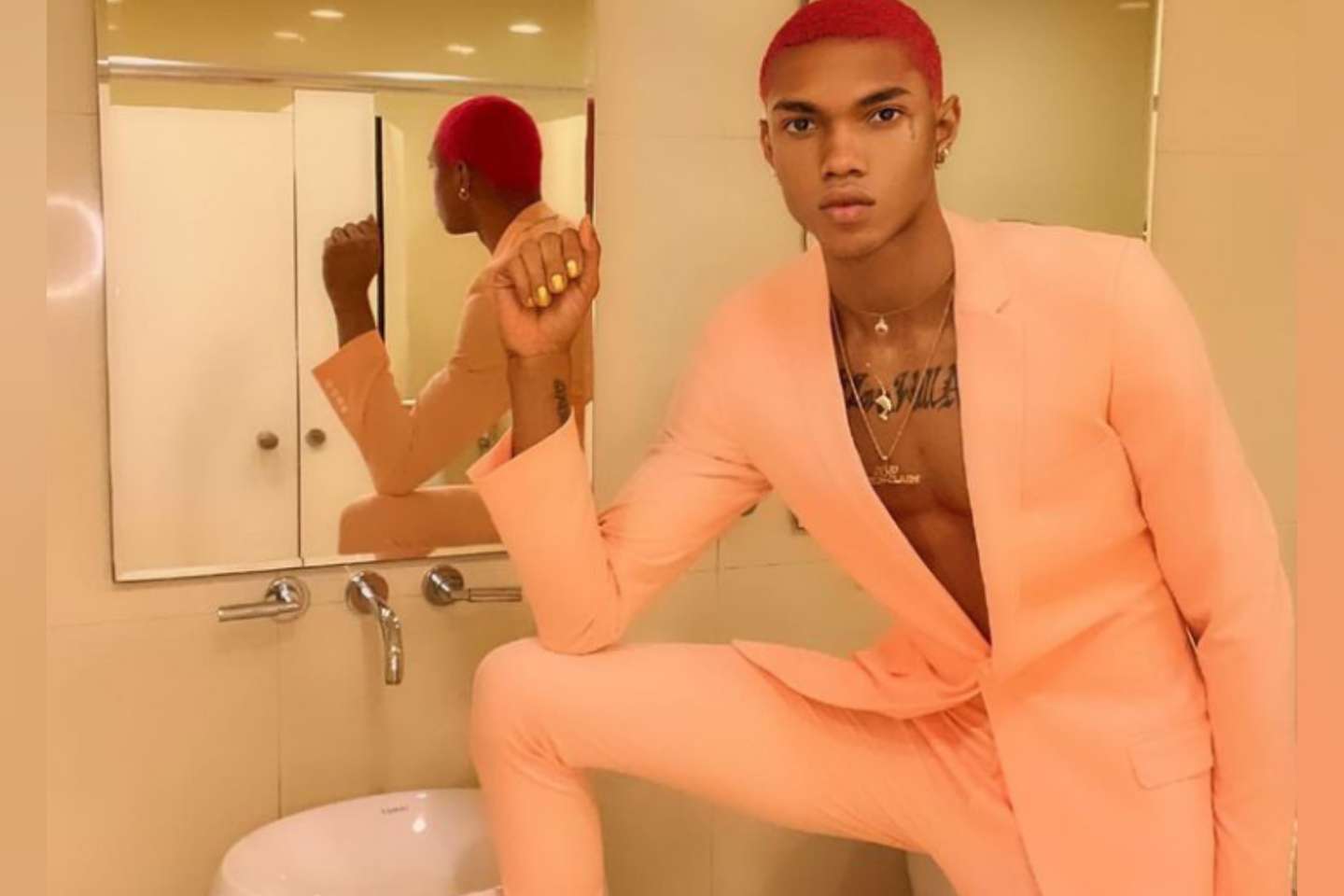 As the cross dressing thing keep getting bigger in this part of the world, people are still finding it so hard to accept them. This is because, they cannot fathom why a man will choose to dress up like a woman without any form of shame.

Most of the cross dressers do it purposely for entertainment and also to make money. However, many of them hide under that name to practice homos3xuality. The LGBTQ is strictly prohibited by most African countries including Ghana and Nigeria.

Video Of Him Goofing Around 😂

Goldtiful is one of the many cross dressers from Nigeria. Just like his counterparts Bobrisky, James Brown, Jayboogie and the rest. He is loud mouthed too, it' s as if the job comes with being loud.

It' s understandable right? Because what they do comes with constant criticism and bashing from the public. So it' s very clear why they are loud mouthed in order to defend themselves obviously. 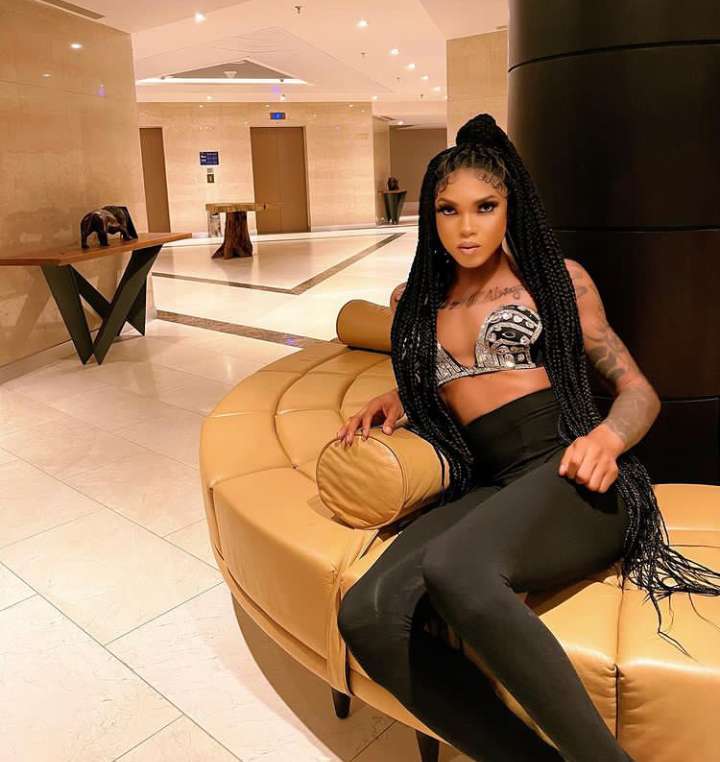 Goldtiful shared photos of himself putting on male attire. This is always rare to see, so you can imagine the surprise of his followers. One thing is, he is a very good looking young man when dressed like a man.

In fact, he look so off anytime he wears female dresses. He is better as a man than when he make himself look girly. This male photo of his today caused many reactions. His followers are begging him to keep this look because he is handsome. The photo he posted. .

Their comments are well meaning and encouraging to him. Read some of them below:

" @mrmerlin8: See how you fine as a normal person. Stop dey mumu yourself naw. "

" @mrclazzy: I prefer this but your village people dey make you confuse. " 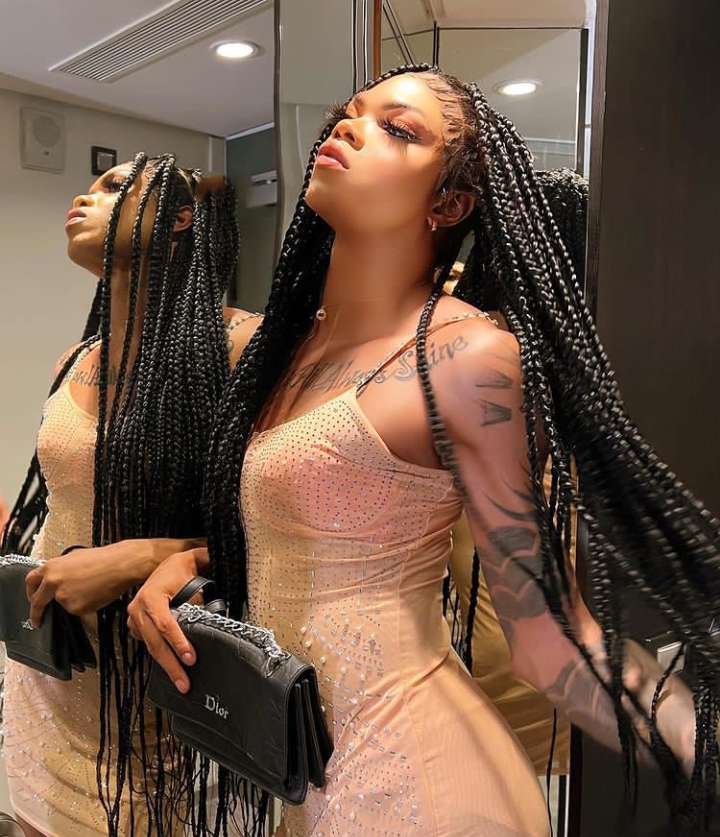 " @kemzinilla1446: God didn' t make any mistake in creating you as a man n he made you So perfect. . You look 700 million times finer n better than the other gender you have chosen. "

" @hormotowunmie: See handsome dude now abeg leave the female gender for we wey get am. " 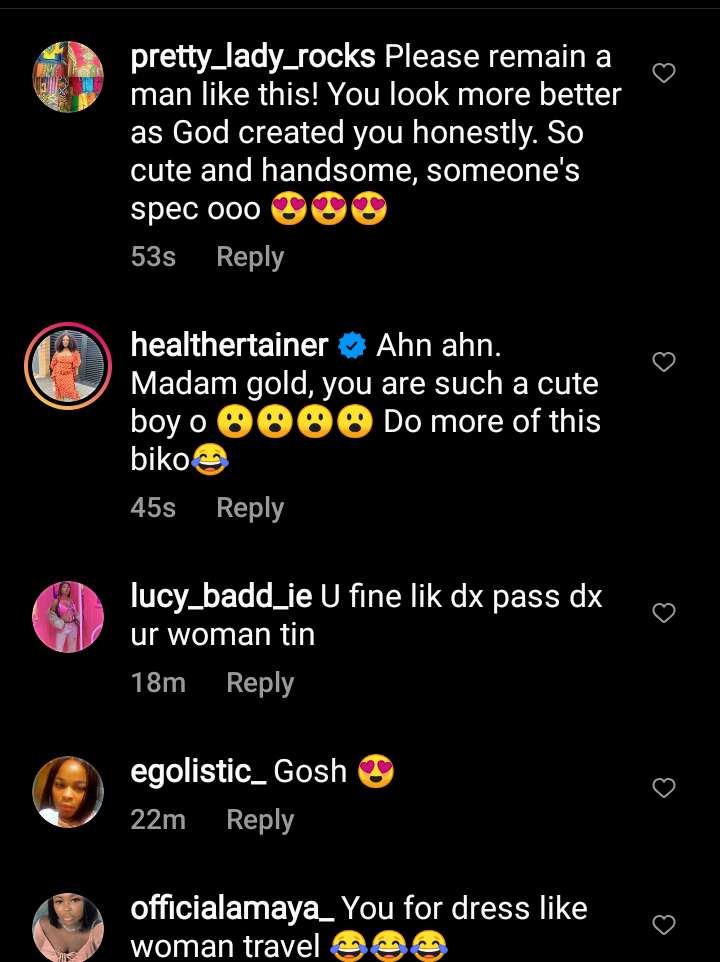 " @pretty_lady_rocks: Please remain a man like this! You look more better as God created you honestly. So cute and handsome, someone' s spec ooo. "

" @healthertainerAhn: Ahn. Madam gold, you are such a cute boy ooo. Do more of this biko"

I still maintain it that he look better like a man. Just like his followers are saying. But these people won' t hear, they are making money this way more than they do as a man.