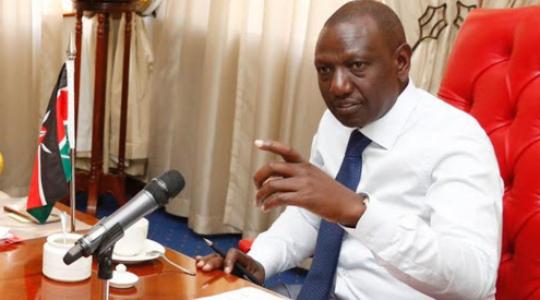 Photo:William Ruto in His Office

A local daily on Sunday, 30 August revealed that so unwanted is Deputy President William Ruto in President Uhuru Kenyatta's government that no top government official wants to be associated or openly seen with him. However, sources reveal that top government officials including cabinet secretaries have come up with new tricks of associating with Ruto .Ruto has been having it rough in government since Uhuru's 2018 truce with ODM leader Raila Odinga, which has pushed him out, to an extent that he is now having to remind Kenyans that he is the DP.

Also Read:Raila Makes Drastic Changes in ODM Ahead of 2022 Polls 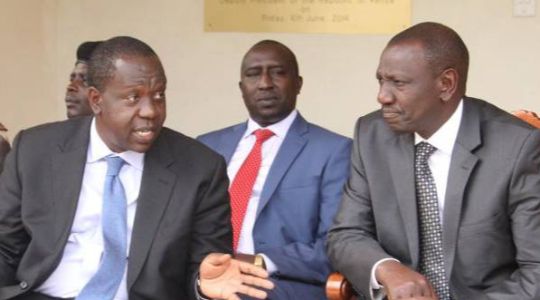 Photo:DP Ruto With CS Matiang'i in Past Event

Details have revealed that high-ranking state officials, including Cabinet Secretaries, have been avoiding being seen with him, including refusing to visits his offices or functions. According to sources who spoke to The Sunday Standard  others who have to interact with him have had to use WhatsApp or other secret means to avoid being detected.

The officials, especially Cabinet Secretaries, according to the sources, have not only been avoiding his Karen residence, but his Harambee Annex offices as well. But at the same time, CSs have been seen meeting Raila at his offices, which political analyst Javas Bigambo says is a historical change of roles, where the opposition leader is so close to the government than the president's assistant.

Also Read:Raila Makes Drastic Changes in ODM Ahead of 2022 Polls 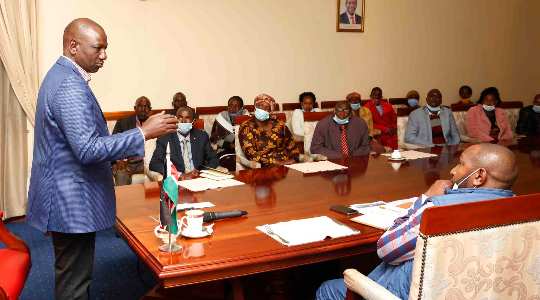 Photo:Ruto's Meeting at His Karen Home

While he has now began complaining about his woes in Jubilee, Ruto has been very careful not to directly blame Uhuru, blaming his (Uhuru) handlers instead. Though Uhuru seems like the genesis of his troubles, Ruto has maintained that the problems he has to deal with are being sent his way by "conmen, busybodies and brokers" who have hijacked Jubilee.

He has named Jubilee Party Vice Chair David Murathe as one of the culprits. Murathe doubles up as a very close confidant of Uhuru, who has been declaring that Ruto will not realize his 2022 presidential bid.

The DP however during a meeting in Mombasa on Saturday told supporters of Raila Odinga with the Jubilee party to pack and leave .This indicating that the DP is not ready to leave the Jubilee party easily without fighting.