The How And Why Barcelona Has To Pay €3,000 For Messi's "Excessive Display Of Joy" In 4-0 Win Against Osasuna 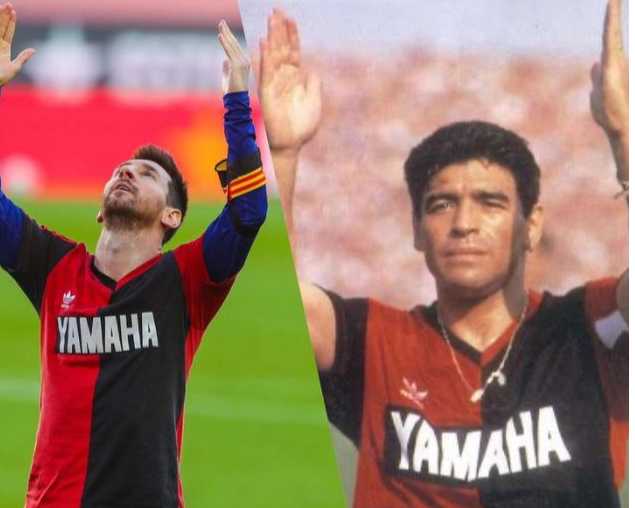 Barcelona may be due to pay for something they did not bargain for as they are facing a fine of up to €3,000 after Lionel Messi took off his shirt to reveal a tribute to his hero, Diego Maradona, in Sunday’s 4-0 win over Osasuna.

FIFA and the IFAB (International Football Associations Board) have regulations that kick against a player removing their jersey; kicking against excessive displays of joy.

According to the code of ethics, such player is liable to a yellow card. 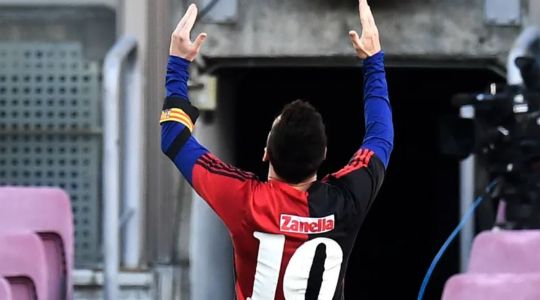 Messi slotted home Barca’s fourth goal on the night and took his shirt off to reveal he was wearing one of Maradona’s old shirts from his time with Newell’s Old Boys in Argentina, pointing to the number ten on the back as a tribute.

The tribute was marred soon after as referee Mateu Lahoz showed Messi a yellow card for his celebration. It goes against FIFA’s rules, which state that players cannot lift up or remove their shirt to display any kind of message during a game.

This decision was agreed on at the 118th Annual Meeting of the International Football Association Board (IFAB) on 28 February 2004 in London and came into effect on 1 July 2005. 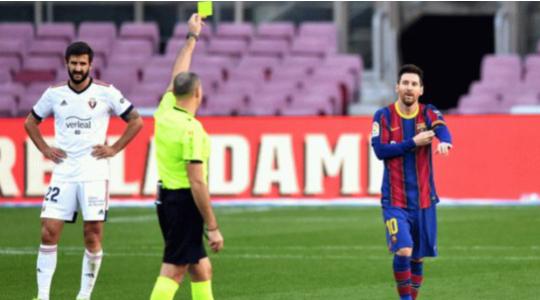 Under article 91 of the RFEF Disciplinary Code. According to the law, any footballer who after scoring a goal raises his shirt to display any kind of advertising, slogan, legend, acronyms, anagrams or drawings will be punished with a fine of up to €3,000 and a warning, irrespective of the purpose of their actions.

Lahoz was clearly unhappy to have to caution Messi for his tribute to his fallen icon, but he did his best to rectify the situation by immortalising the incident in his match report. 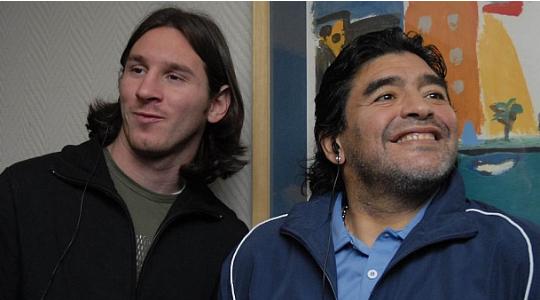 Having fallen to a 1-0 loss to Atletico Madrid last time out, Barcelona romped to a victory here thanks to goals from Messi, Martin Braithwaite, Philippe Coutinho and a ridiculous strike from Antoine Griezmann.

The win carried Barcelona up to seventh in La Liga, and Ronald Koeman’s side now sits ten points behind leaders Real Sociedad with two games in hand.

READ ALSO: MUST READ! Read About Some Of The Deadliest Riots By Fans In Football History 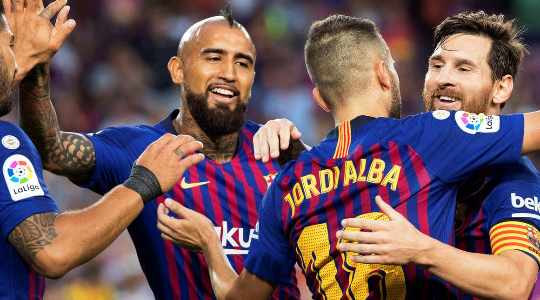 Lionel Messi has revealed in the past that he was in fact in the stadium in 1993 when Diego Maradona made his debut for Newell’s Old Boys. Maradona had scored on that day, and Lionel Messi imitated his celebration from 1993 after scoring against Osasuna.

After the game, Lionel Messi took to social media to share a collage of himself and Diego Maradona, where the two Argentine greats can be seen performing the same celebration.