Dad who threw his baby boy into river guilty of manslaughter 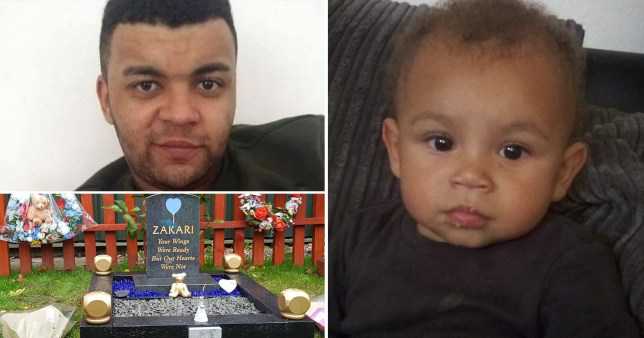 Zak Bennett-Eko has been cleared of murder (Picture: MEN Media)

A man who threw his 11-month-old son into a river causing him to die has been found guilty of manslaughter by diminished responsibility.

The little boy died after he was pulled out by emergency service crews at about 5.15pm on September 11 last year.

His father was seen throwing his son into the river before walking to the Lock Keeper pub nearby where he was later arrested.

A six-day trial at the Nightingale court sitting at the Lowry theatre in Salford heard Bennett-Eko, who suffered from paranoid schizophrenia, believed his child was turning into the devil.

His defence case was that because of his mental state, he did not know what he was doing was wrong by the standards of reasonable, ordinary people and he should be found not guilty by reason of insanity.

But the prosecution argued Bennett-Eko, who was charged with murder, should be found guilty of manslaughter by diminished responsibility.

The jury retired just after 12pm on Monday and returned its verdict of guilty of manslaughter shortly after 3pm.

There were some cries of ‘yes’ from the public gallery as the verdict was delivered.

The court heard Bennett-Eko, who was too unwell to attend the trial, had contacted the hospital and his doctor’s surgery a number of times in the days before the incident.

He asked to be sectioned at North Manchester General Hospital on September 8 but left before being seen to, the jury was told.

Bennett-Eko, who was diagnosed with psychosis related to cannabis at the age of 17, began to miss GP appointments following Zakari’s birth, the court heard.

In text messages heard in court, his girlfriend Emma Blood told friends he had kicked her door in, thrown things at her and claimed pop star Beyonce was his mother.

In one message, she said: ‘He’s saying Zakari isn’t our baby and stuff. One second he’s OK, the next minute he’s going mad saying he’s going to kill himself.’

On September 11, Bennett-Eko had taken his son out in his pushchair at about 4pm while Miss Blood, then eight months pregnant with the couple’s second child, was upstairs in their home in River Street.

Opening the case, Rob Hall, prosecuting, said Miss Blood had told Bennett-Eko he needed to start looking after himself because she would not be able to care for two babies and him.

He said: ‘It may be that exchange set the seed in Zak’s mind that they would be better off without Zakari.’

During his evidence, psychiatrist Dr Inti Qurashi said the defendant told him he hesitated before he threw Zakari into the river and thought: ‘What the f*** am I doing.’

Summing up the case, judge Mr Justice Fraser said: ‘Dr Qurashi said he considered the hesitation before the baby was thrown into the river an important point and said it showed the defendant knew what he was about to do was wrong.’

But Bennett-Eko’s treating clinician Dr John Crosby told the court the defendant believed he was throwing the devil into the river at the time.

Dr Melanie Higgins, clinical director at Ashworth high secure hospital, where the defendant is being held, agreed with Dr Crosby.

The case was adjourned until 9.45am on Tuesday when the defendant will be sentenced.

Sign Up for News Updates Get your need-to-know latest news, feel-good stories, analysis and more Sign up Not convinced? Find out more »